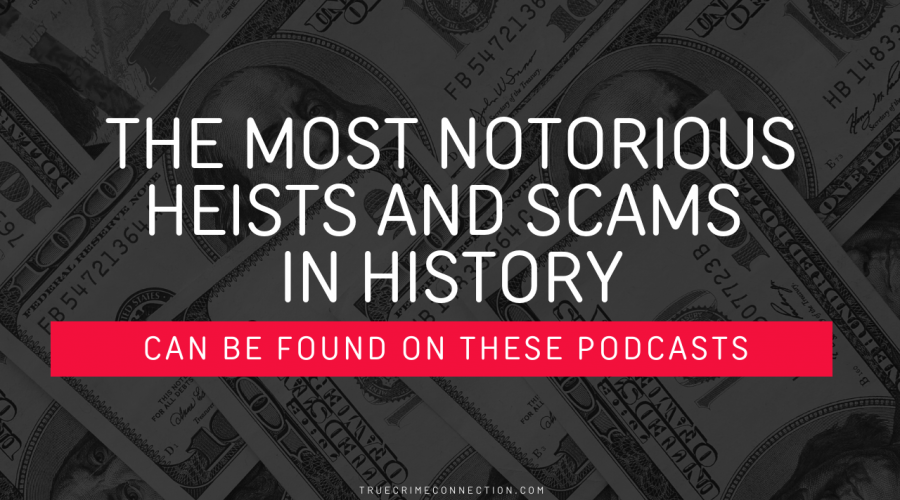 True crime can take many different forms. These crimes can often be compared to each other on different levels in terms of their severity. Something like petty theft is certainly not comparable to an elaborately planned bank robbery. Some heists, in fact, are so elaborate and well-executed that they remain unsolved today.

Last Seen is a popular true crime podcast that investigates the notorious Isabella Stewart Gardner Museum heist in Boston. During the heist, thieves managed to steal 13 irreplaceable pieces of art from the museum. 28 years later, investigators still aren’t sure who committed the crime or where the precious art pieces are. Producers Kelly Horan, Jack Rodolico, and Stephan Kurkjian investigate the perplexing case in this captivating podcast. Included in each episode are exclusive interviews with the numerous people attached to the case as well as piles of information that could lead listeners and investigators closer to solving the case than ever before.

For true crime lovers who can’t get the Isabella Stewart Gardner Museum Heist out of their minds or who just love learning about art heists, Empty Frames might be their next favorite true crime podcast. Hosted by Tim Pilleri and Lance Reenstierna, Empty Frames covers all sorts of crazy heists and scams that went down throughout the years. Season 1 covers the Gardner Museum Heist while season 2 of the podcast tackles other forms of art crime, including a stolen Da Vinci and an antique shop owner who stumbled upon a lost painting.

I Can Steal That!

For people who like a little bit of comedy in their true crime podcasts, I Can Steal That! should be placed at the top of their watch lists. I Can Steal That! is a popular true crime podcast hosted by Pete Stegemeyer who covers a new scam, con, and heist in each episode. Everything from the Great Australian Gold Heist in 1862 that ended with a gang of 8 Australian Bushrangers successfully robbing a wagon carrying $4,000,000 in gold to the Van Gogh Birthday heist is covered.

Lovers of true crime comedy should also add The Heist to their watch playlists. Co-hosts Matt Unsworth and Simon Bruyn dive into everything from art heists to robberies to elaborate scams. With dozens of episodes already published, you have a long list of listening options to go through. Learn about famous criminal figures such as Gerald Blanchard, who once parachuted onto the roof of an Austrian palace to steal a priceless piece of jewelry, to Carl Gugasian, a prolific bank robber who pulled off over 50 jobs before finally being caught.

Liar City is a weekly true crime podcast that covers some of the biggest scams and lies in our country’s history. Learn about everything from the Traci Lords story, a tale about an adult actress whose deceit cost a company millions of dollars in lost revenue, to the notorious Satanic Panic that ruined hundreds of lives and led to the destruction of many innocent lives. During each episode, the three hosts — Brian, Darien, and Bren — attempt to break down what happened while attempting to learn a small piece about humanity along the way.

There is something so thrilling about learning about a daring and intricately-planned heist or scam. What are your favorite heist cases of all time? Tell us in the comments below!