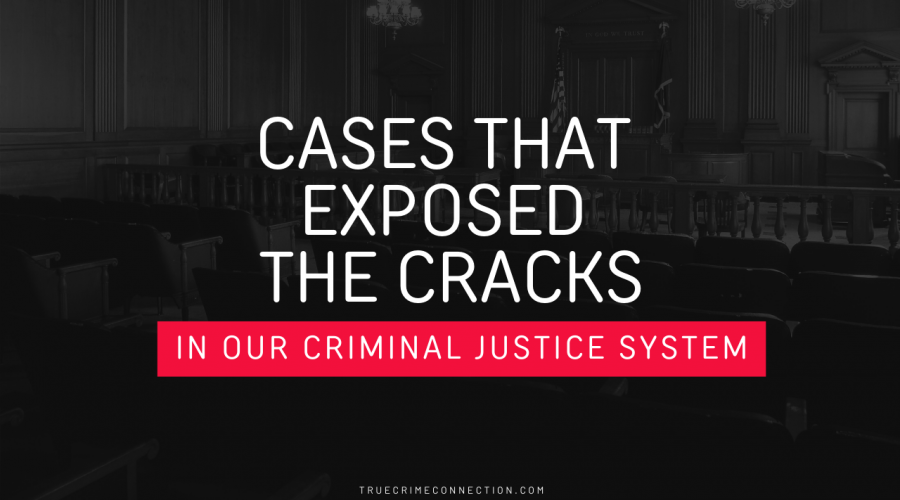 Maybe it was the O.J. Simpson case. Or the murder of Trayvon Martin. It could have been the investigation into the death of Caylee Anthony and the media circus that followed it. Either way, for some people, there are criminal cases that stick with them long after the final verdict has been reached. Why? Because many times, justice was not served.

If you are like us, you have probably spent countless hours on the internet searching for information and files on these notorious cases. Some people do it because they want to see where the investigation turned south or how might have become hindered from external forces. Others want to make sure the same mistakes aren’t repeated. That’s why we compiled a guide to our top true crime podcasts that dive head-first into these cases. Let’s get started.

Hosted and narrated by Madeleine Baran, In the Dark is an investigative podcast series that follows a new case each season. In season one, the podcast covers the abduction of 11-year-old Jacob Wetterling. Even 27 years after his disappearance in rural Minnesota, law enforcement has not found any answers on his abduction. Baran examines how the mishandling of the case by officials and their failure to solve it fueled fear into the country over the effectiveness of its crime-solving practices.

In its second season, In the Dark investigates Curtis Flowers — a man who was tried by a court six times for the same crime. According to prosecutors, Flowers shot four furniture store employees in Winona, Mississippi. But to this day, Flowers maintains his innocence.

In the Dark is currently running a limited series on the people living through the COVID-19 pandemic in the Mississippi Delta. Throughout each episode, the podcast features nurses, doctors, prison inmates, and athletes in the area as they cope with the crisis.

Follow CBC reporter Connie Walker as she investigates the heartbreaking case of a missing indigenous girl in the true crime podcast Missing & Murdered: Finding Cleo. Celo Semaganis Nicotine was a young girl who went missing after being adopted out of her Saskatchewan First Nations community. Some relatives told Celo’s siblings that she had been murdered while trying to hitchhike back to her nation. Walker, who is a First Nation woman herself, joins the family’s search for their missing child in this riveting true crime podcast.

74 Seconds is an award-winning true crime podcast that provides an engrossing and piercing look into the tragic death of Philando Castile. In July of 2016, Castile was stopped by a cop for a minor traffic violation while driving with his girlfriend. Things soon turned deadly and ended with the cop, Jeronimo Yanez, shooting and killing Castile — all on a Facebook Live video recorded by his girlfriend. Through its thorough and comprehensive reporting, 74 Seconds examines the repercussions of the case and what it reveals about the intersection of race, policing, and justice in the United States.

Conviction follows Detective Manuel Gomez as he investigates the young men of New York City who claim they have been arrested for crimes they did not commit. In both Seasons 1 and 2 of the podcast, Gomez attempts to clear the name of Pedro Hernandez — a Bronx teenager accused of shooting a 15-year-old boy outside a supermarket.

In the second season of the podcast, host Saki Knafo continues to follow Detective Gomez and his investigation while uncovering one of the most puzzling cases of hysteria in U.S. history. At the tender age of 9, John Quinney accused his father Melvin of being a satanic cult leader. Unbeknownst to the Quinneys, they were just one of dozens of families that fell under the wave of the Satanic Panic that gripped the country in the 1980s. Knafo investigates the boy’s damning testimony.

At its surface, a true crime podcast can frighten and captivate its listeners. But it can also reveal hidden cracks within the facade of our society and justice system. Find your next favorite true crime podcast to binge-listen to from our comprehensive list now.