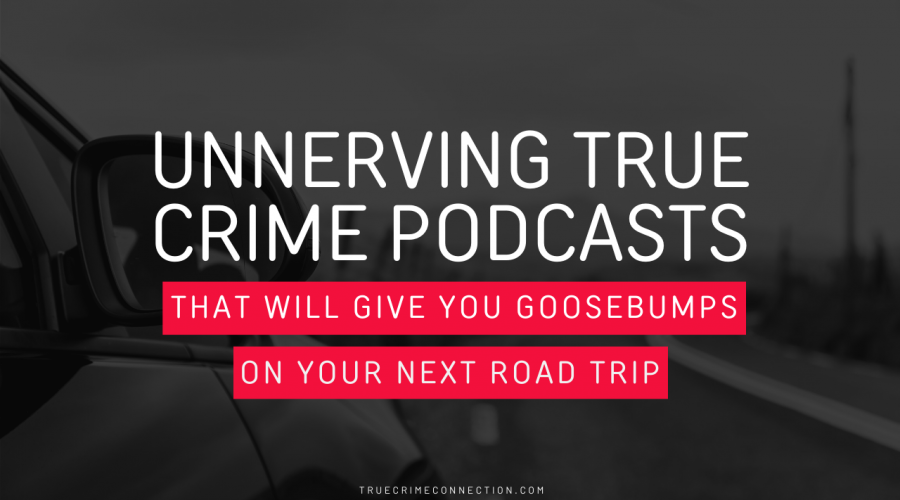 Ready for a road trip? We may be stuck inside for now, but it doesn’t hurt to plan ahead. As social distancing rules ease up, beaches, parks, golf courses, and hiking trails are starting to open up again. If you’re like us, you are probably dying to take a break from your house.

Why not take a small road trip to your favorite nature trail or park when it finally re-opens? Whether you go alone or with a friend you have been quarantining with, you are going to want some true crime podcasts to keep you company. Create a list of true crime podcasts to listen to now using our top 6 picks!

Uncover: The Village is an investigative podcast series that delves into the murders of 8 men from Toronto’s Gay Village. For 8 years, a serial killer hunted the residents. But as men continued to disappear, police insisted that there was no foul play involved. It wasn’t until January of 2018 when a man named Bruce McArthur was arrested for the murder of those 8 men. He was eventually found guilty of 8 counts of first-degree murder.

This unexpected turn of events led to the re-opening of over two dozen cold case murders in the Village — some of them dating back to 1975. Journalist Justin Ling dives into the sequence of events that led to the re-investigation into these murders while also shedding light on the cold cases themselves.

In Accused, Amber Hunt investigates the suspicious death of David Bocks — a father of three who met a gruesome fate inside the materials plant where he was employed. Brocks’ remains, which included several pieces of bone, his walkie-talkie, and eyeglasses, were found inside one of the vats that could reach 1350 degrees Fahrenheit.

Two months after his death, the Fernald Feed Materials Production Center was caught processing uranium that had been polluting the area. Authorities claim that Brocks killed himself. But his children believed he was murdered after threatening to expose the plant. Listen to Hunt’s podcast to decide for yourself what really happened to David Bocks.

Hosted anonymously by someone who goes by “A Concerned Citizen,” Swindled is a true crime podcast that investigates white-collar crime, con artists, and corporate greed throughout each chillingly immersive episode. Utilizing narrative storytelling and archival audio, this anonymous host has recounted true crime cases involving frauds, Ponzi schemes, corruption, and more throughout each episode. It may not send chills down your spine the same way that a murder or kidnapping case would, but it is certainly disturbing to know how harmful and far-reaching greed can really be.

From Serial and This American Life comes S-Town — a podcast about a small town with deadly secrets. The case began when a man named John McLemore asked S-Town host Brian Reed to investigate a man in his hometown who had allegedly been bragging about getting away with murder. Soon after, another person turns up dead. What happens next is a rollercoaster of a journey filled with a nasty feud and hidden treasure.

5. The Thing About Pam

On December 27, 2011, Russ Faria arrived home after one of his regular game nights where he discovered the dead body of his wife, Betsy. Police arrested and charged him with murder, but Faria insisted he was innocent. Unbeknownst to Faria and the police, Betsy’s murder would trigger a chain of events resulting in one man’s death, another man’s implication, and a diabolical scheme.

Host Keith Morrison investigates this puzzling case in the podcast series The Thing About Pam. Follow Morrison as he uncovers a true crime case that proves the truth really can be stranger than fiction.

Cults have fascinated people for years, and Charles Manson’s band of eager-eyed followers is no different. In this 6-part series, host Larry Brand and actor Stephen Lang examine Manson’s troubled childhood, the formation of his devoted following, and the infamous murders he ordered his wayward followers to commit in the true crime podcast Young Charlie.

With their bold tagline of “Shut up and give me murder,” podcast series Small Town Murder is guaranteed to serve listeners creepy true crime stories with a hefty dose of humor. Hosted by comedians James Pietragallo and Jimmie Whisman, Small Town Murder focuses on a different crime that takes place in a small town in each new episode.

Fend off a lonely car trip and download these chilling true crime podcasts today. Even though social isolation rules are still strict, it doesn’t hurt to plan ahead for your post-quarantine adventures. What are your favorite true crime podcasts to listen to on road trips? Let us know in the comments!