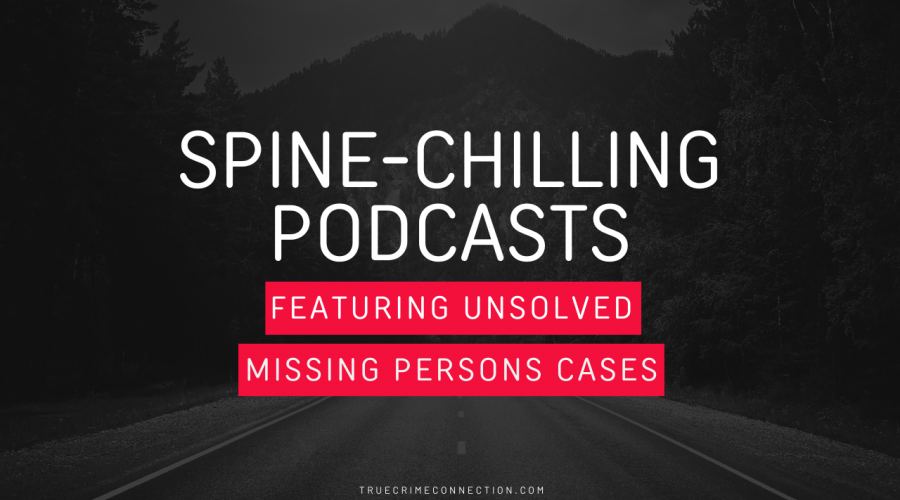 No one can just disappear into thin air. Right?

After listening to these true crime podcasts featuring unsolved missing person cases, you might rethink the boundaries of what can and cannot be discovered. Whether you love mysteries or consider yourself an amateur sleuth, these captivating missing person podcasts will keep you up all night.

The Vanished is a popular true crime podcast that covers a new missing person case each week. Hosted by Marissa Jones, The Vanished explores the lives and stories of people who disappeared into thin air. Throughout each episode, Marissa examines an unsolved missing person case while also interviewing the victim’s loved ones. To this day, many of the missing person’s friends and family members are still searching for answers.

Not sure where to start? Check out these three nail-biting episodes:

In case any of her viewers have information on the missing person cases she covers, Marissa includes pertinent contact information for officials working on the case in each episode description.

Hosted by award-winning filmmaker and writer David Ridgen, Someone Knows Something is a true crime podcast that investigates puzzling and mind-bending missing person cases each season. Ridgen, who has a proven record of solving cold cases, visits the hometowns of missing people to find out what really happened to them.

So far, there are five seasons of the popular Canadian podcast Someone Knows Something available to stream online. Whether you decide to listen to them in order or start with a season that gravitates toward you the most, you are in for a ride.

“A long lost friend. A mysterious box. A mind-bending serial mystery.” The Disappearance Podcast is a serial mystery that examines the disappearance of Alistair Glamis in 1996. 20 years after his disappearance, John Herman — one of Alistair’s former classmates — received a mysterious cardboard box. Accompanying the box was a letter officially declaring Alistair’s death. This strange occurrence prompted Herman to start The Disappearance Podcast, which examines the vanishing of Herman’s long lost classmate.

New episodes of The Disappearance Podcast air bi-weekly on Mondays. Listeners can keep up with the case on the podcast’s main website and Facebook page.

Trace Evidence is a true crime podcast that focuses primarily on unsolved cases. From cold-blooded murders to unexplained disappearances — Trace Evidence has carefully researched each case to uncover the truth and find justice for the victims. Host Steven Pacheco also presents the details of the case in a chronological format in each of his podcast episodes.

It’s hard to believe that a month has passed since we all started to quarantine ourselves at home. If you’re like us, you’ve probably already started to create a true crime podcast playlist to listen to and pass the hours with. What true crime podcasts have you been binging during your quarantine? Tell us in the comments below!