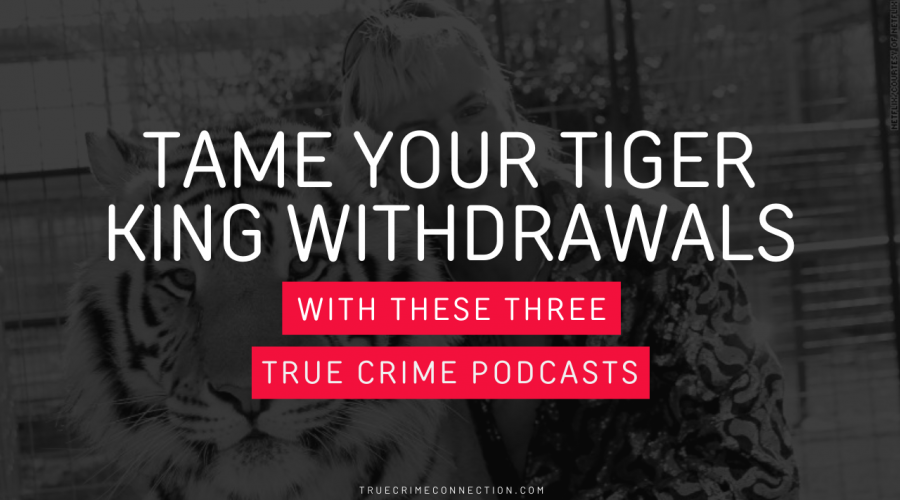 The era of Covid19 has seen an unprecedented migration of entertainment to the digital realm. From Instagram live streams of your favorite musicians to virtual yoga class, you are probably spending more time online than you ever did before.

But in the wake of Covid19, there is one trending television series that has truly stolen the spotlight: Tiger King.

Recent Netflix data shows Tiger King as the No. 1 most-watched title in the U.S. Rotten Tomatoes and other cultural thermometers agree.

The documentary series offers an incredible glimpse into a specific sub-culture of exotic animal owners, a hobby few are brave enough (or crazy enough!) to attempt. Its central subject is Joe Exotic, an eccentric, mulleted, tatted exotic animal owner.

Joe Exotic proudly frolics with lions and tigers and bears (oh my!) as if they are all mere tabbies. When he isn’t avoiding death by saber-tooth tiger, he spends his time lamenting his eternal battles with a rival tiger preserve, owned by animal rights activist Carole Baskin.

The fights between these two feline-owners mimic that of their big cat counter-parts; their wars get ugly in a way most viewers haven’t seen since Game of Thrones’ House Lannister battled House Stark.

If you count yourself amongst the teeming masses that binge-watched the popular Netflix series, you might be looking for a true crime podcast to sate your Tiger King withdrawals.

With their central characters are strange-than-fiction, these true-crime podcasts are the perfect cure.

There is a certain mystique about the people who form a serial killer’s inner circle of friends and family. If you Google Ted Bundy, for instance, a popular related search term is “Who is Ted Bundy’s daughter?”

Apparently, the teeming masses have an aching desire to know what it’s like to be a serial killer’s child.

If you count yourself amongst these inquiring minds, wonder no more. While the identity of Ted Bundy’s daughter remains unknown, the Happy Face true crime podcast tells the life story of Melissa Moore, the daughter of serial killer Keith Hunter Jesperson.

Jesperson garnered the “Happy Face” nickname because of the smiley faces he would draw on his letters to the police–it seems he had a hankering for a bit of publicity. Through Melissa’s eyes, you can see exactly what it was like to grow up with a serial killer for a dad. (And you thought your family had problems…)

Has someone in your family ever brought a date over for dinner that left you feeling the heebie-jeebies?

This is what happened to the family of Debra Newell when she brought home John Meehan. By all appearances, he was a medical professional, a handsome gentleman who romanced their mother with flowers and poetic expressions of love.

But over time, John began to exhibit pretty creepy behavior; it wasn’t long before Debra’s family saw his behavior as signs of a darker problem. Dirty John tells their story; and trust us when we say the way this true crime podcast ends will truly shock you.

The Doctor Death true crime podcast will likely do two things: first, it will leave you hooked (you won’t be able to turn this one-off, folks, guaranteed). Secondly, it will leave you terrified to go to the doctor (which in the time of Covid19 might not be such a bad thing anyway).

It details the story of Christopher Duntsch, a neurosurgeon whose quote-unquote “mistakes” in the surgery room left upwards of 33 patients seriously injured, or worse, dead.

His surgeries, reportedly fueled by LSD and cocaine will make you never want to go under the knife again.

Tiger King is fascinating in part because of its exotic setting and subject matter.  If you are seeking a true-crime podcast with a similar penchant for unusual settings, try Root of Evil. It takes place in the Sowden House, a Los Angeles landmark famous for its eerie Mayan architecture and dark history.

This true crime podcast explores the life of Dr. George Hodel, the Sowden House’s most famous resident. Known for his scandalous parties and a rather odd taste in pornographic art that would make even Picasso blush, Dr. Hodel was at the very least an eccentric. But did Dr. Hodel commit the most famous crime in Hollywood noir history–The Black Dahlia murder?

While Joe Exotic is a personality all his own, you can find other true crime podcasts that feature larger-than-life characters. They may not be the kind of people you’d invite to your first post-quarantine dinner party, but they’ll certainly keep you entertained while you hunker down at home.

Heck, after listening to these true crime stories, you might even be glad you are self-isolating!

Got the Quarantine blues? These True Crime podcasts will make the hours of self-isolation fly by…